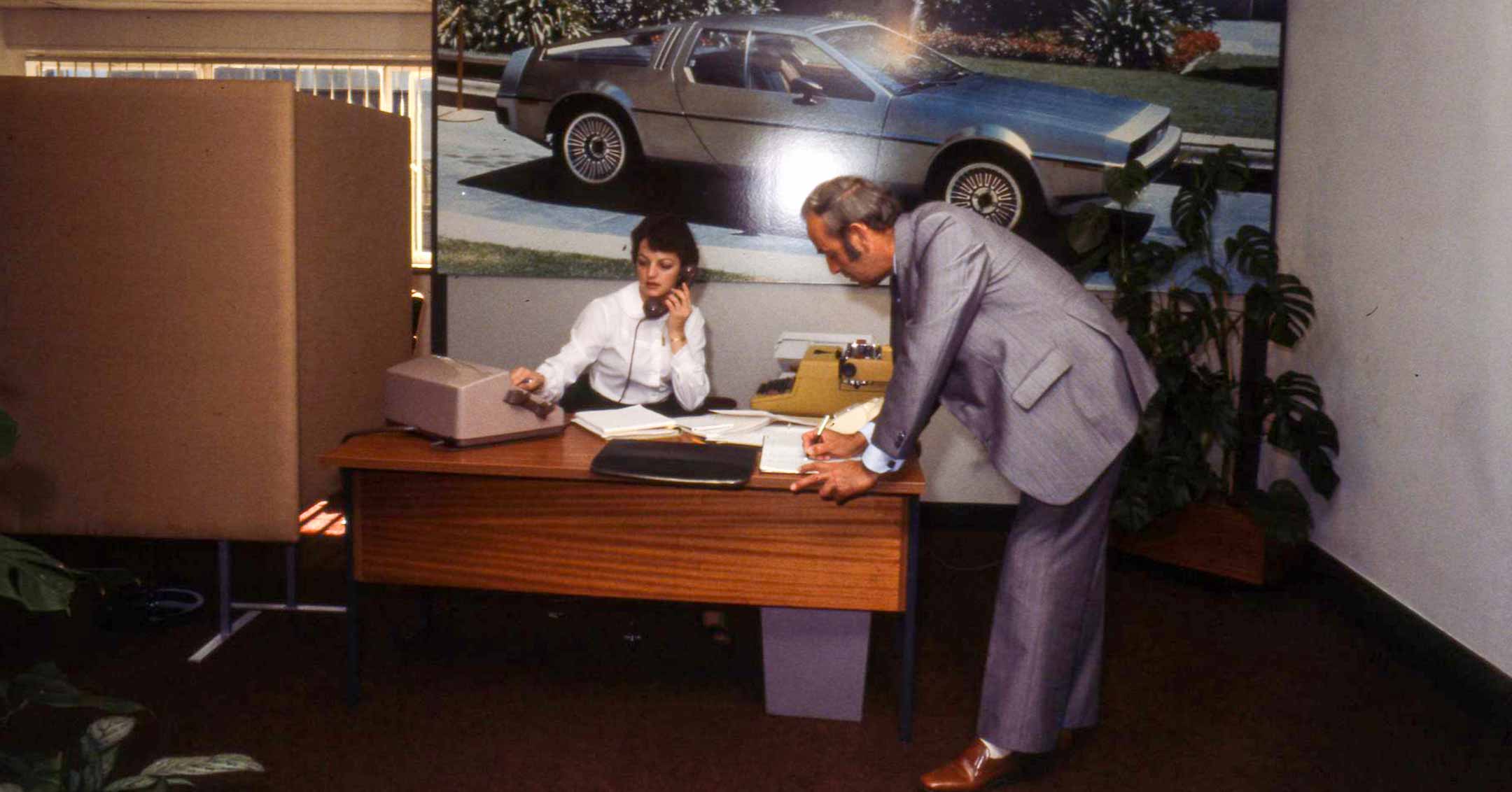 Look: Coventry connection with Back to the Future iconic sports car

It is the world’s most famous time machine with its trademark gullwing doors atop a stainless steel-clad body.

The DeLorean DMC-12 sports car is instantly recognisable to even the most clueless car enthusiast after becoming the iconic star of the Back to the Future movie trilogy.

And now its creators are gearing up to celebrate a milestone anniversary for one of the best loved cars of all time – which is one of Coventry’s lesser known motoring success stories.

This year will marks the 35th anniversary of the construction and first public showing of the production version of the vehicle in 1980 – the ‘Visioneering Show Car’.

But what many people don’t realise is that the star of the science fiction comedy which transported Marty McFly back to 1955 life in the fictional California town Hill Valley has strong Coventry connections.

The Belfast company’s British headquarters and procurement office was based in Christchurch House in Coventry city centre from 1979 to 1982.

Staff were hired to set up new supply deals in the UK and the DeLorean even underwent endurance testing at the city’s head office.

And next year the remarkable creation of John Zachary DeLorean will be celebrated with a reunion of former employees based in Northern Ireland and Coventry.

Organised by the firm’s previous director of purchasing, Barrie Wills and financial controller David Adams, the reunion has been arranged for next year’s May Bank Holiday weekend at The Culloden Hotel at Cultra, near Holywood, County Down.

Mr Wills said: “We are hoping that staff and shopfloor workers alike from Dunmurry, Coventry and the Adelaide Industrial Estate plant of CP Trim will attend the reunion.

“We have also arranged a conducted tour on Tuesday 5 May of part of the former Dunmurry plant, now utilised by the French automotive foundry group, Montupet.”

The story of the iconic car started in April 1973 when John left General Motors where he was vice president of car and truck production, to follow his dream of creating his own company and building a car that GM would never make.

With help from Italian designer Giorgetto Giugiaro, who worked on the new car’s styling, and Lotus Cars, which undertook the engineering of the car, the first running prototype was quickly completed.

Its groundbreaking technology took the media by storm and the company set up a greenfield production site in Dunmurry, near Belfast, before John then focused on the UK and opened the Coventry headquarters.

When the DeLorean rolled off production lines it received promising reviews but when the recession hit, the expected sales failed to materialise and unsold vehicles started to mount up.

In February 1982, the receivers were called in and a rescue bid was devised. However when the FBI arrested John in a Los Angeles hotel room for ‘narcotics violations’ the DeLorean dream ended.

Despite its brief time in the city, the two former company executives believe the anniversary is a good reason for a long-overdue reunion of its former employees.