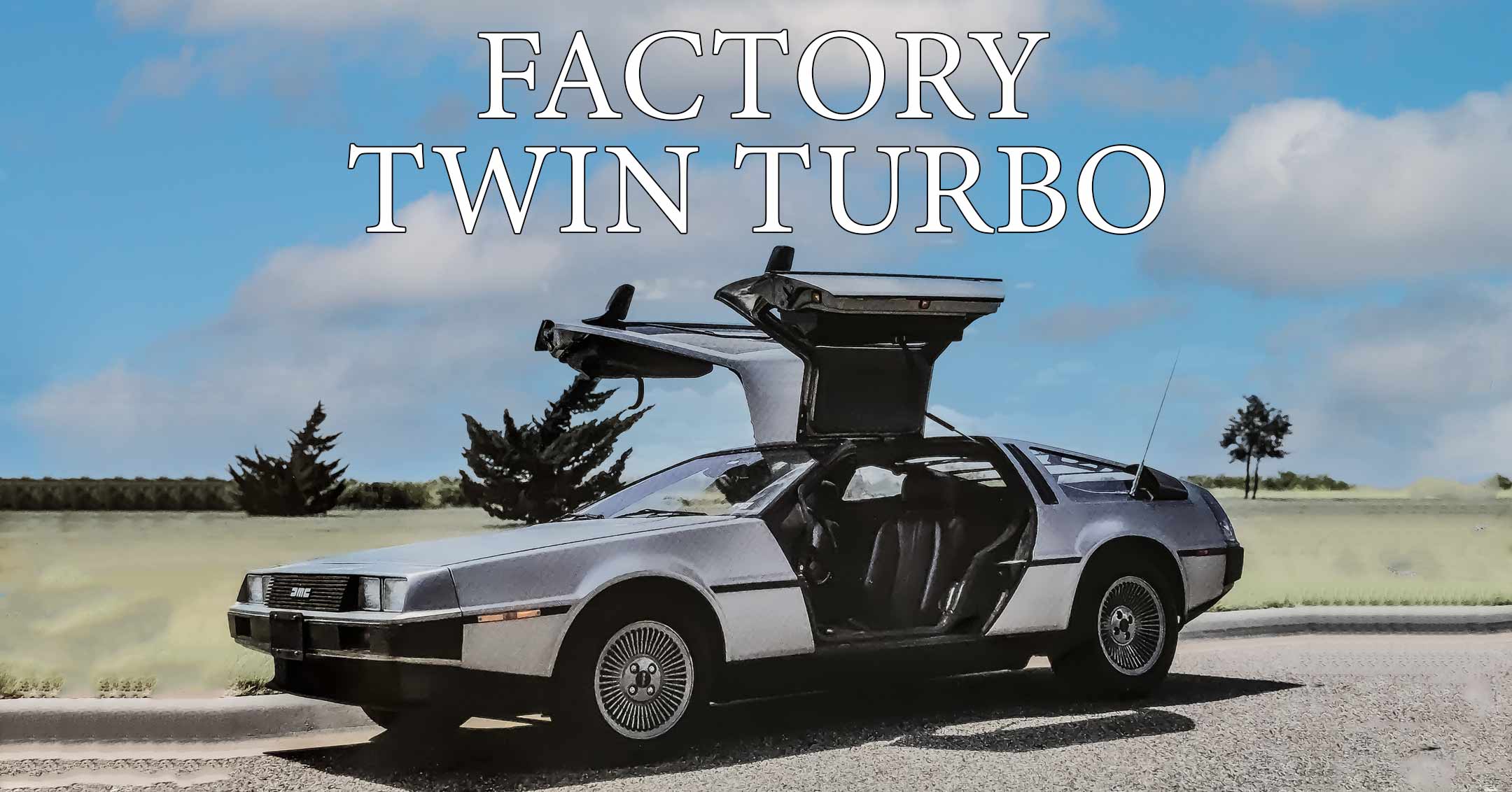 In April 1981 DeLorean #00502 rolled off of the assembly line in Ireland and was shipped to Legend Industries in Long Island, New York at the direct order of John DeLorean.

DeLorean had earlier entered into a contract with Legend to develop a Twin Turbo power plant capable of propelling the DeLorean at race car speeds, while maintaining the fine manners of an expensive European GT automobile, and having the reliability to carry a five-year, 50,000 mile warranty.

The Twin Turbo Power Plant, which represented a total engineering systems approach and a development cost of several million dollars, was introduced at the NADA show in Los Angeles in February 1981. John DeLorean was so impressed that he ordered 5,000 of the engines to be built so that they could be offered as a $7,500 option to DeLorean purchasers. Prior to the NADA introduction, the new Twin Turbo engine had undergone extensive laboratory dyno testing and had been installed in Renault Alpines for road testing. In May 1981 the Twin Turbo Power Plant was installed in DeLorean #00502 and road testing began on the prototype. The car was soon delivered to John DeLorean who was quoted as saying “The car’s performance and manners finally match its good looks.” #00502 was returned to Legend for final pre- production testing prior to expected Twin Turbo engine introduction in 1982.

Practically every piece of the Renault V6 engine had to be redesigned except the bottom end and the camshafts. Fitting Twin Turbos and Twin Intercoolers with all of their attendant electrics and plumbing into the DeLorean engine  compartment is an engineering feat to be admired.

The results are a smooth, reliable engine with great flexibility and lugability. This engine is capable of pulling smoothly in fifth gear from 1,500 RPM, continuing through to full Turbo boost at 2,500 RPM, and climbing solidly on to 6,500 RPM at 150 MPH without the slightest protest. The IHI Twin Turbos are so perfectly matched to this engine that you’re never at a loss for power even if you are a lazy shifter. The prototype car was acceleration tested at an incredible 0-60 in 5.8 seconds and the quarter mile in 14.7 seconds.

Before any of the 5,000 Twin Turbo DeLoreans could be put into production, the DeLorean debacle occurred and the DeLorean Motor Company was out of business. Legend Industries as well as many other suppliers were bankrupted by the sudden turn of events. Prototype #00502 was sold in the Legend Industries bankruptcy sale in 1983 to Legend Turbo, Inc., a company formed in hope that DeLorean production would resume. It was not to be, and the present owner acquired #00502 in 1984.

In the December 1984 edition of Road and Track Magazine, John Dinkel, the editor, memorialized John DeLorean, Legend Industries, and #00502. John Dinkel became the only journalist to drive the only factory Twin Turbo DeLorean ever produced. What would have been enjoyed and appreciated by thousands is now a Limited Edition of One.