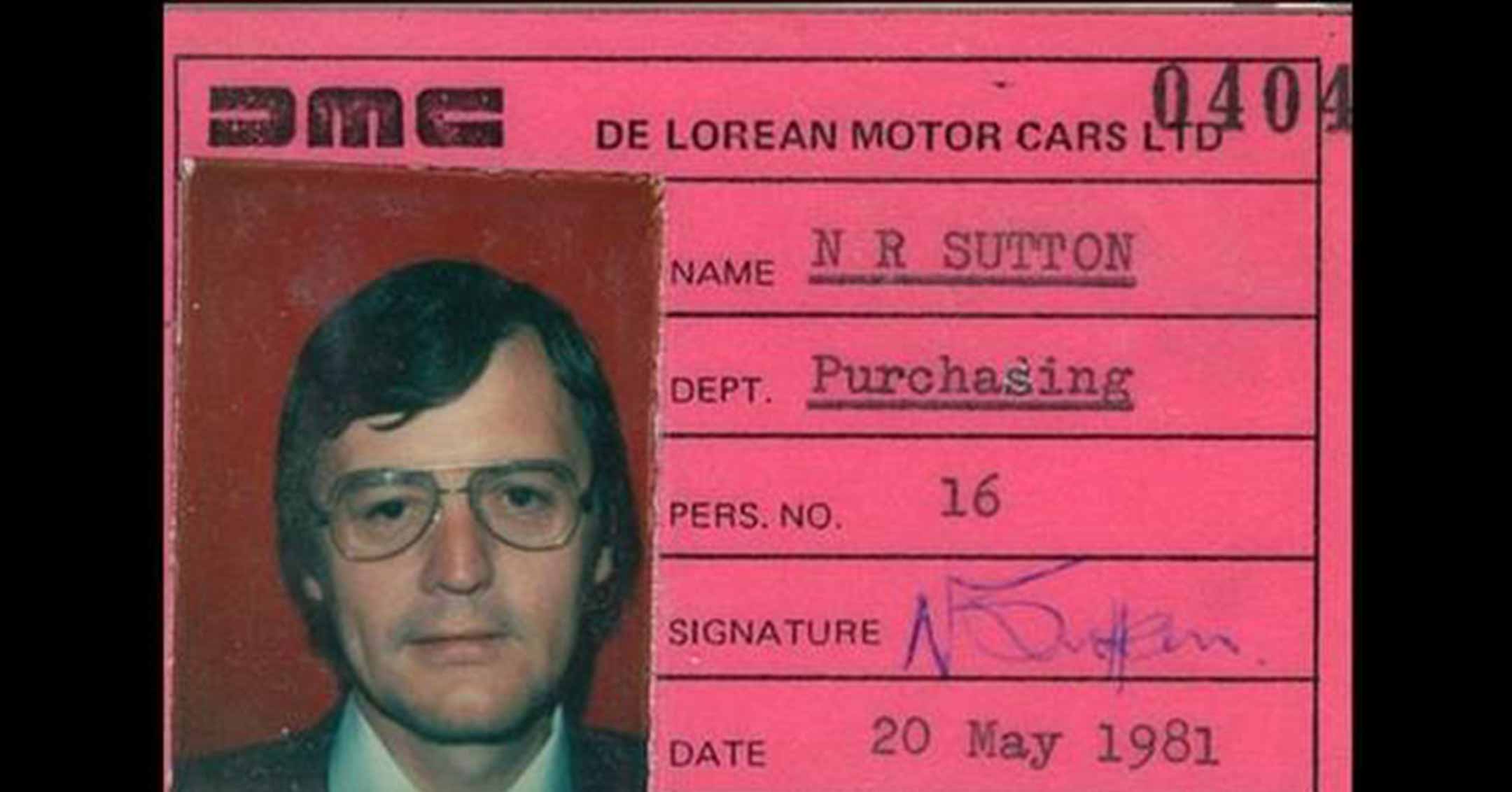 On the 40th anniversary of Nick Sutton‘s employment with DeLorean Motor Company LTD., Nick shares his memories of that day… 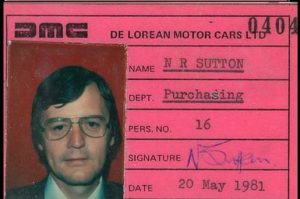 Forty years ago, on 4th December 1978, I arrived at the facility in Belfast as my first working day for the company as employee number 16. I then lived in Leicestershire in England so I travelled by plane to Belfast arriving at about 9:00 am. I had visited the plant previously for an interview – this was late October, just a few weeks after the ground breaking. I say the facility, although it was a single two story building which was to be named the “Training Building”. Only the top floor was used at that time as Dixon Hollinshead, the master contractor, hadn’t finished the renovation of the ground floor. I worked for Barrie Wills, Director of Purchasing, who joined some weeks earlier.

I was introduced to the MD Chuck Bennington with whom I enjoyed an excellent relationship. Also, to Buck Penrose, Director Planning from New York, Brian Tanney, the Comptroller and his team. Walking down to the lobby I met John DeLorean, he introduced himself by name – as if I didn’t know.

Security was tight – unless we were travelling to the airport or the local hotel we stayed within the Training building from 8 – 6.

My first job was to complete a costing on the car – both the unit cost and capital investment. But I had nothing except two photographs. I was given details of the submission to NIDA – Northern Ireland Development Agency (the local Government Agency looking after the DeLorean project.) This wasn’t much help, as the numbers were too generic and non-specific. Chuck noticed that I was struggling with the costs and decided to help. He gave me a plastic model kit (Airfix in the UK) of a Lotus Esprit and I was to cost each item as I assembled the parts one by one.

Each evening we left to check in to the local Hotel – The Conway – that was some experience. Although the hotel was only 400 yards away, it was not unusual to be stopped by the Security forces, usually the Army, who would ask for identification and/or to search the car. Arriving at the Hotel, yet more security. A body search and every item of luggage was opened in a shed some 100 yards from the hotel entrance. The year before, the hotel had been bombed and much of the frontage destroyed.

This was my routine until the end of January 1979 when I opened what I thought would be my base in Coventry England. Short lived, because I spent two days a week at Lotus and another one to two days in Belfast. Then working both Saturday and Sunday in Coventry.

Great thanks to Nick, and all of the wonderful people who were involved with building the DeLorean Motor Car!

No DeLorean was ever painted at the factory

Why does the fake DMC in Texas think they own OUR DeLorean logo?