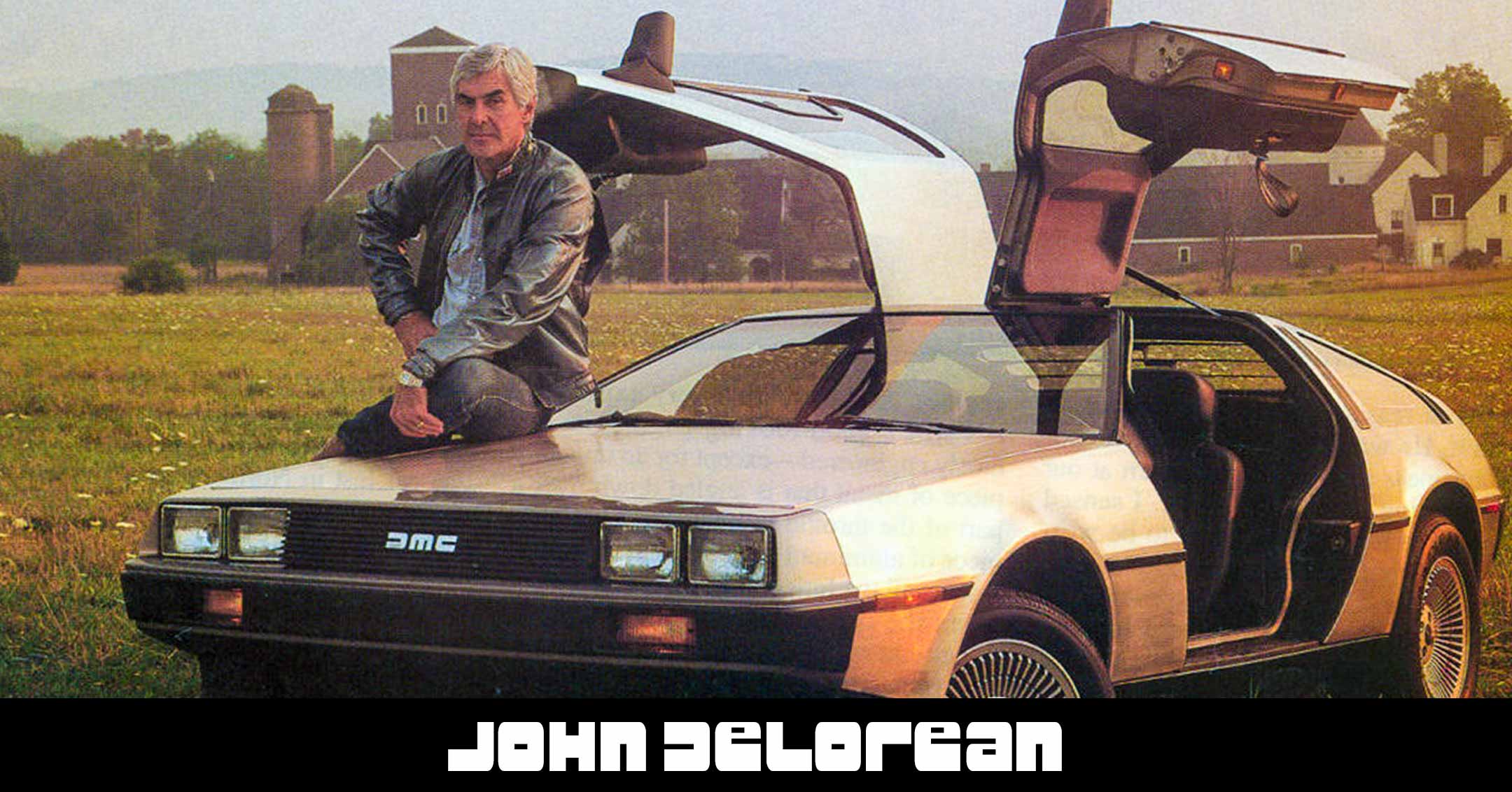 The DeLorean was completely built in Northern Ireland,  between 1981 and 1982, with 3 model years – 1981, 1982, and 1983. The company came and went before Back to the Future was released, and the movie production bought and used the cars without the knowledge of even John DeLorean himself.

The DeLorean was built for the North American market, and there was a dealership network with full Service Centers in all 50 states.

How many DeLoreans are there?

Barrie Wills, director of purchasing (and the last employee) of the DeLorean Motor Company, Ltd., has said that 9,080 DeLoreans were built. It’s estimated that approximately 5,000 DeLoreans still exist – although not all of them are road-worthy.

Over the years, many DeLoreans were placed into storage and forgotten, others have been destroyed in wild fires and house fires, others have been wrecked in car accidents, and some have simply been left to the elements in driveways, carports, and garages. Many have also been taken apart to restore other DeLoreans that were in better condition.

Are DeLoreans slow? / Can they go over 88mph?

The DeLorean was never intended to be a drag racer, but rather a highway cruiser. As such for both comfort and fuel economy, the DeLorean was given tall gear ratios and tuned more for emissions than power.

While the speed was decent, compared to other vehicles in its time, it’s true that other advancements give modern cars better performance. The 5-speed manual transmissions also performs better, given the ratios and additional gears, not to mention the lack of a lock-up torque-converter. On the flip side, the DeLorean has fantastic low-end torque and will not slow down when encountering steep hills, and will even continue to gain speed uphill where many other cars will bog down.

Yes, the DeLorean does indeed go faster than 88mph. The 85mph speedometer wasn’t meant to display a lack of prowess, instead, it was a government mandate to discourage excessive speeding to conserve fuel. In fact, DeLorean reported the the car had a top speed of around 130 mph. Many DeLorean owners have reportedly done 110-120mph, using phone GPS for measurement.

A few favorites quotes about the DeLorean:

What kind of engine do DeLoreans have?

The DeLorean is equipped with the PRV V6 engine. But, the history of the PRV power plant is bigger than the DeLorean. Designed as a pan-European engine to compete with the Small Block Chevy, the PRV was co-engineered as a cooperative engineering effort between Peugeot, Renault, and Volvo (hence the name.) It’s a completely modular engine in every sense of the word. Externally the lower crank case section is swappable to accept different sized and shaped oil pans and motor mounts, depending on which vehicle the engine was supposed to be installed into, as well as up top cylinder heads accepting carburetors, and port fuel injection, as well as the ability to fit dual overhead cams. Internally the engines utilizes wet-jacket sleeves for the cylinders, where the cylinder liners are suspended in coolant. These can easily be swapped out to modify displacement of the engine without having to bore it out.

In the DeLorean, the PRV has an output of 130 bhp (brake horsepower.) However, this number has been increased significantly for the PRV in other modified applications to over 300 bhp for production cars such as the Venturi Atlantique, and in excess of 900 bhp for professional racing applications, such as Peugeot WM 88 for the 24 Hours of Le Mans, where the engine has run, won, and even set a still unbroken speed record in 1988.

Are DeLoreans hard to fix?

It depends on the skill set of the mechanic performing the work. But overall, no, they are actually rather easy to work on in many respects. Firstly, the engine compartment is rather cavernous. Particularly when compared to modern cars. There are very few instances where bolts or components are difficult to access, but that’s the case with most cars. In fact, you’re usually able to get an entire arm in to where you need to reach. While K-Jetronic fuel injection does require a bit of education and some specialty tools to repair and tune, it’s not different from any other cars of the era, and not impossible for most people.

Second is the parts supply, of which the DeLorean has a leg-up on even some modern cars. The principal behind the design was to make everything the you can see or touch to be unique to the car. But mechanical, the DeLorean was intended to use as many ‘off the shelf’ parts as possible. In addition, when DeLorean Motor Company closed its doors, they left behind a large number of parts that are generally available today. (The “left over parts” were actually the cars that were not produced after the bankruptcy.) And thankfully, there are a number of DeLorean Parts and Service centers around the world who sell parts and maintain the DeLorean.

Overall the DeLorean can be a very reliable car, even by modern standards. But remember, it’s still an old car, and needs maintenance like any vehicle.

Why a DeLorean for Back to the Future?

The original script for Back to the Future was much different from the final movie. One such aspect was the time machine itself which, at one time, was a refrigerator. But concerns arose over the use of a refrigerator, as it was feared that children playing with abandoned appliances might close themselves inside and become trapped. (Of course, that was before they switched to new latches that could be pushed open.) So, that idea was nixed. Instead the decision was made the use a car, so that Doc Brown could be mobile during his travels through time. Bob Gale and Robert Zemeckis (writers of BTTF,) have also said they thought the DeLorean was perfect for the joke when Marty crashes into the barn in 1955, and the farmer says it looks like “an airplane… without wings.”