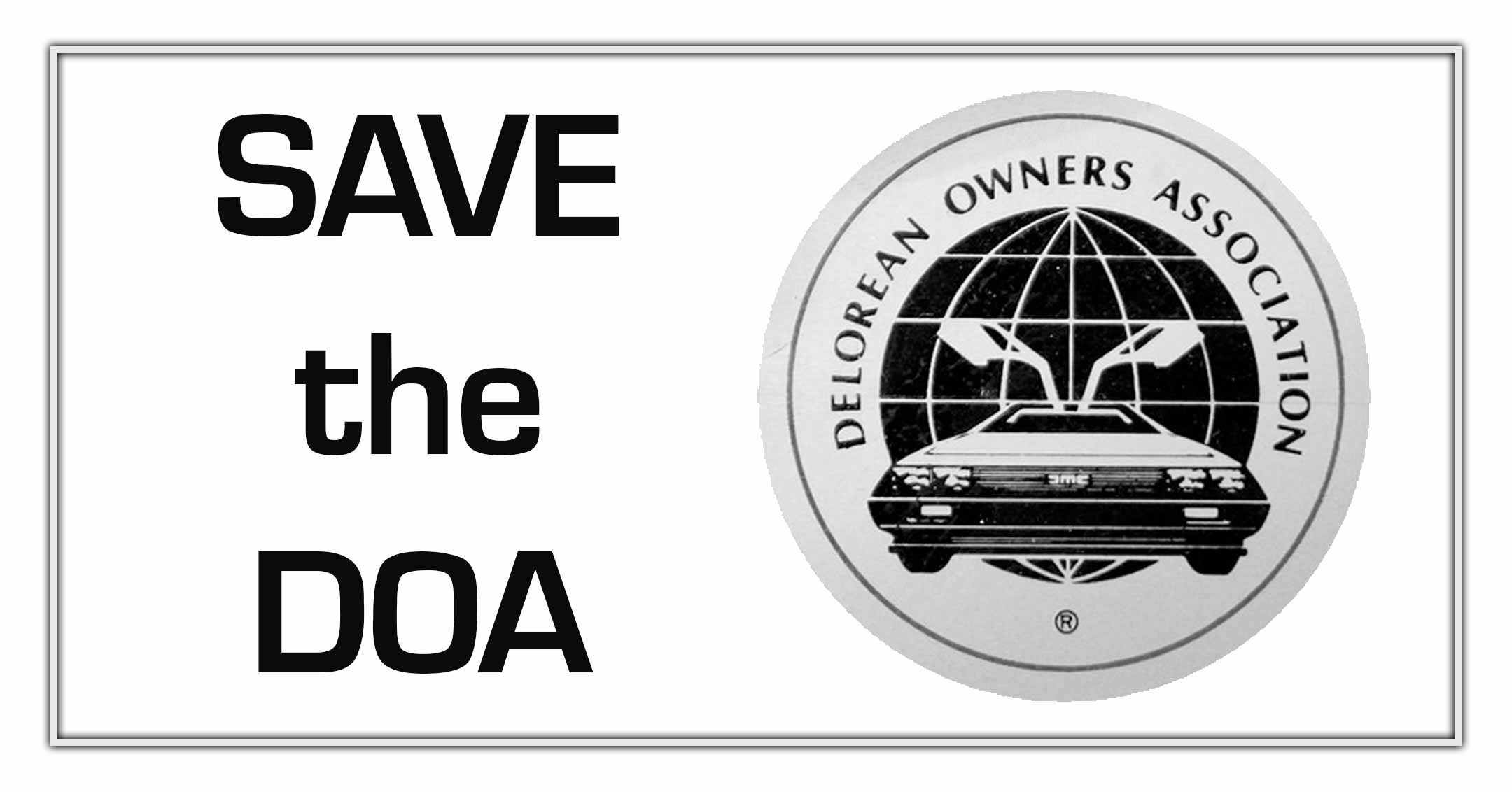 The DeLorean Owners Association started in 1983 and helped bring DeLorean owners and clubs together from around the world. The DOA did that successfully for many years. They created and printed several magazines each year, they helped owners find parts – and each other, and they became a source of information for the media, as well as a trustworthy source of information for the DeLorean community. With the mass adoption of the world wide web (the internet,) and computers in general by the mid-1990s, DeLorean clubs started creating their own websites, email lists, and newsletters that quickly expanded their own reach.

Fast-forward to today. Just about every DeLorean club in the world now has a Facebook page and/or website, and DeLorean owners can easily share ideas and communicate across the globe through a number of different ways.

The DOA served the DeLorean community well for many years, but it needs some drastic changes to stay relevant. I don’t want to see it disappear. Many people that I’ve said that to don’t understand why. Most of the time, other DeLorean owners insist that the DOA is ‘dead on arrival’ and just isn’t needed anymore. And I do mean A LOT of DeLorean owners. My response to that is this – there is no ‘mother-ship’ organization that currently exists to help promote the clubs, the cars, the owners, or the passion that the world has for our cars. Aside from DMCTalk.org and DeLoreanDirectory.com, there’s not really any good, singular source of information about the DeLorean. Plus, the DOA owns a very specific piece of IP (intellectual property) that I personally want to see shared with the public, but they don’t understand how to use it, or share, properly.

The ideas below are offered to the community, but specifically to the DeLorean Owners Association as a way to keep the DOA from disappearing, and to attempt to make the DOA useful to the community again. I hope everyone who reads this letter will contact the DOA (and comment below) to let them, and everyone, know your own thoughts – whether you agree with my ideas or not.

The role of the DOA

The DeLorean Owners Association should be an overarching “mother-ship” that exists, using these directives:

The DeLorean Owners Association’s mission is to:

Why? Because local clubs will always do a better job of outreach and support than a worldwide organization.

The DOA should drastically reduce membership fees, and encourage owners and fans to support, join, and donate to their local DeLorean clubs – instead of an international group. The DOA’s financial needs should be small, so memberships should not be a source of income.

Why? The DOA should be a helping hand to the clubs. Not the ‘boss’ of the clubs. Also, with owners and fans paying a small amount each year, means more people might join, and could benefit from the information that gets shared. The primary focus of ‘memberships’ needs to be on the local clubs.

Also, the DOA has a large number of already printed back-issues that could be sold at a greatly reduced price to clear out inventory, raise funds, and be used for other fundraising.

Why? The single biggest reason is simple and obvious – just about anything printed in a magazine is already old news. The web and social media now share information in the blink of an eye. DWM should become a historical record of the DeLorean community each year, recapping the big and small news of the clubs, the owners, and the history of the car for that year.

Why? Because having a central point of information – from a (eventually) trusted organization, would be good for the DeLorean community. As of 2019, much of the DOA website is… D.O.A. with “coming soon” text that has been there for years.

The DOA should no longer be the primary host or organizer of events. Instead, the DeLorean Owners Association would, when feasible, contribute time, resources, and support to any club or organization that puts on an event that expands interest in the DeLorean automobile.

Why? Because the DOA is no longer big enough to organize events – and – they don’t have the experience to host them properly. DOA events detract and confuse owners and fans more than they help the community.

Why? Because there are costs to operate any nonprofit organization.

Again, please contact the DOA to tell them what YOU want them to do. And feel free to share your thoughts and ideas below – but make them useful, thoughtful, and intelligent.