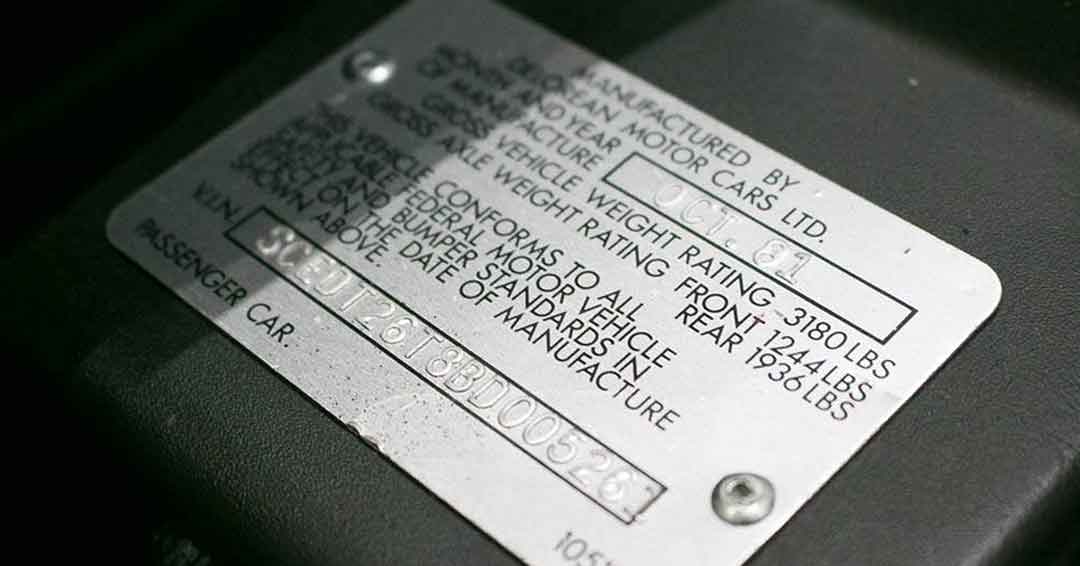 When you’re looking to buy a DeLorean and doing online research, don’t trust a business (or individual) that hides the VIN in their listing. VIN theft is a real thing – for mass-produced cars. Not for DeLoreans. There are no bar codes or ODB II computers in a DeLorean. No one is going to clone a DeLorean VIN. Therefore, there is no reason to keep a DeLorean VIN private/secret – unless you’re trying to hide information about the car. Any half-intelligent car dealer knows this, especially ones who deal with rare or classic cars. So the short of it is, if a dealer doesn’t, or won’t list the VIN of a DeLorean they are selling on their website, BEWARE!

There are a few “car club” dealers around the world who frequently sell DeLoreans. Most of the time those cars are in bad to extremely poor condition. And most of those dealers only share their stock number on the listing, most likely to keep potential buyers from discovering the history (and sometimes the truth) about that vehicle. Some of these “car clubs” have refused to post the VIN on their listings citing potential VIN theft as the reason. To reiterate, that argument doesn’t work for DeLoreans. The dealer is more than likely just looking for a sucker to buy the car (for an inflated price.)

So WHY is it important for car dealers and private owners to post the VIN of the DeLoreans they sell online? Because the community that surrounds the DeLorean is vast, and there are many, many people who follow these cars, and who know when something doesn’t look right. We’ll take care of our brand. We don’t want bad actors pulling scams with our cars. When someone is looking to buy a DeLorean, they almost always look on the web. When a car comes up for sale, other DeLorean owners can be a big help in making sure a potential new owner doesn’t get taken advantage of in the sale. Plus, on the extremely rare occasion of DeLoreans being stolen in the past, it’s the whole car – not just the VIN.

Luckily, eBay requires the VIN when listing cars. Again, for mass-produced cars the VIN cloning issue is real. As of 2015, cloning theft cost Americans around $12 million each year. But that’s for mass-market cars that are stolen and can be folded into the mix of hundreds-of-thousands of the exact same car. That just doesn’t happen in the DeLorean community. Even the new DeLorean Motor Company lists the VIN (only the last 5 numbers matter) on the cars they sell. There’s no excuse, rhyme, or reason for a DeLorean seller to hide the VIN.

At the very least, include the last 5 digits of the VIN. Better is to include the full VIN. Best is to have a photo of the door VIN plate. Do this, and your sale will go well.