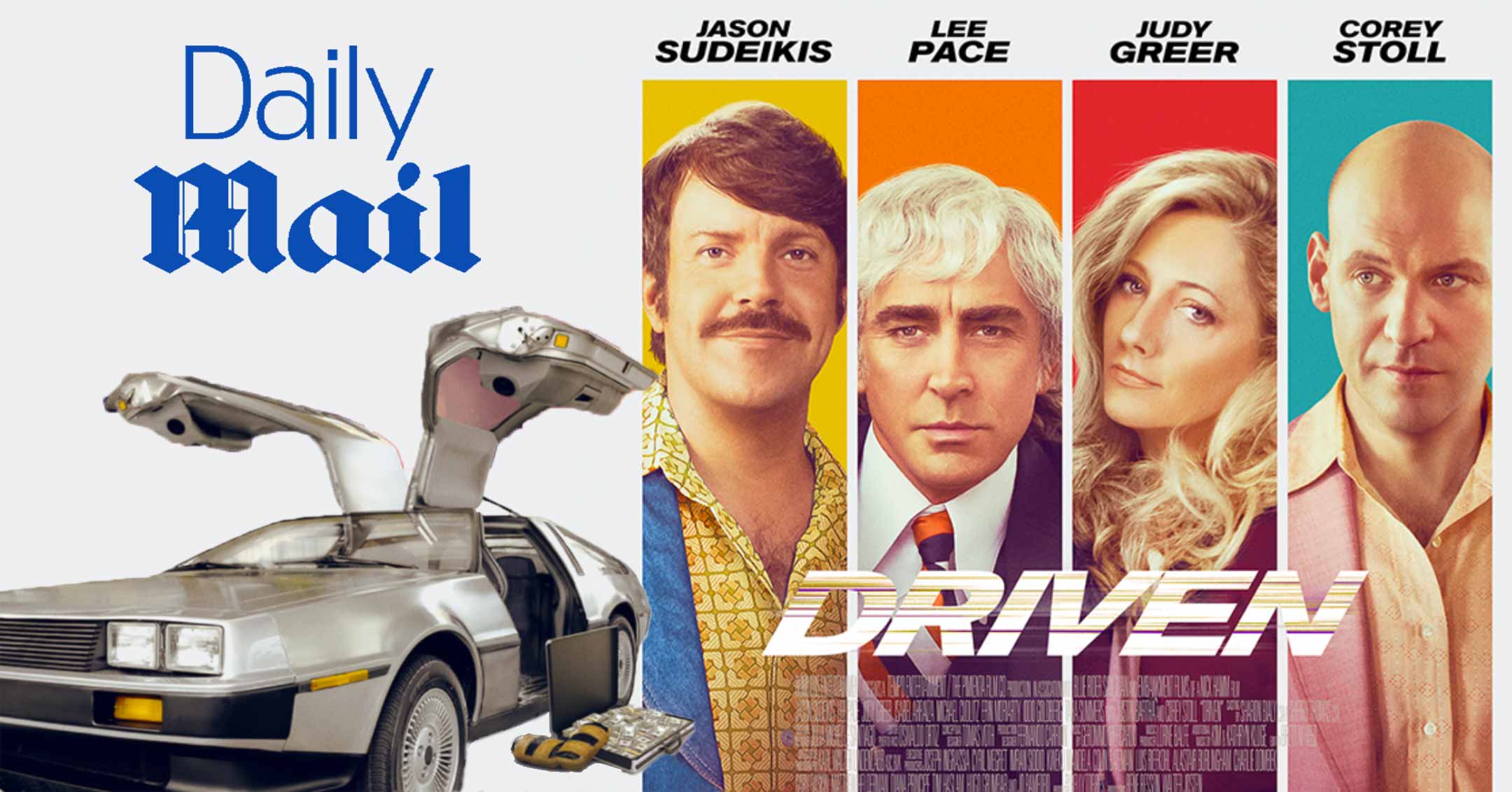 As the Daily Mail has not published my ‘Disgusted of Tunbridge Wells’ letter about their New York correspondent’s so-called review of the movie caper ‘Driven’, at the request of Alistair Vanstone, here it is:

The two-page spread based upon a review of the movie Driven, loosely-based on the FBI Sting in the summer of 1982 that took place in the USA involving the founder of DeLorean Motor Company, John DeLorean, and the convicted drug dealer, turned FBI-informant, James Hoffman, (Daily Mail & Mail-online 25th October 2019) made me wonder why I bothered to write the book, John Z, the DeLorean & Me, referred to by one respected British journalist as ‘the definitive history of the DeLorean project’. Tom Leonard’s article regurgitates every myth, rumour and lie about the DeLorean project that should have been buried decades ago. As the longest-serving employee of the DeLorean company in Dunmurry, Northern Ireland, its third and final CEO, who knew John as well as most, it seems to me very lazy journalism.

John was no angel, as I make clear in my book, and there is little doubt he and the founder of Lotus, Colin Chapman, divided between them, the ‘surplus’ investment funds from US investors, for which the unfortunate Fred Bushell, Chapman’s finance director, was the only person to serve time as a recipient of his much smaller share. However, the British government’s investment was spent wisely in creating a state-of-the-art car assembly plant on a 72-acre bog set between the Republican district of Twinbrook and the Loyalist equivalent of Seymour Hill during ‘The Troubles’. Why do I know? Because, as the director responsible for purchasing, I headed up the teams that spent it all.

Mr Leonard insults the integrity and hard work of the well-trained Northern Ireland workforce, as well as others in Coventry; Turin; California; New York; New Jersey; and Michigan, who worked around the clock in their efforts to make the project a success. With the assistance of Lotus’s engineers, these people took the car to the then-most demanding market of California and the rest of the USA in 28 months from a standing start. A record that will probably last forever. Indeed, most of the owners of the 6,500 37-year old cars of the 9,080 produced, now based across the globe from the west coast of North America to New Zealand, consider it anything but a failure. I consider your newspaper owes them all an apology. 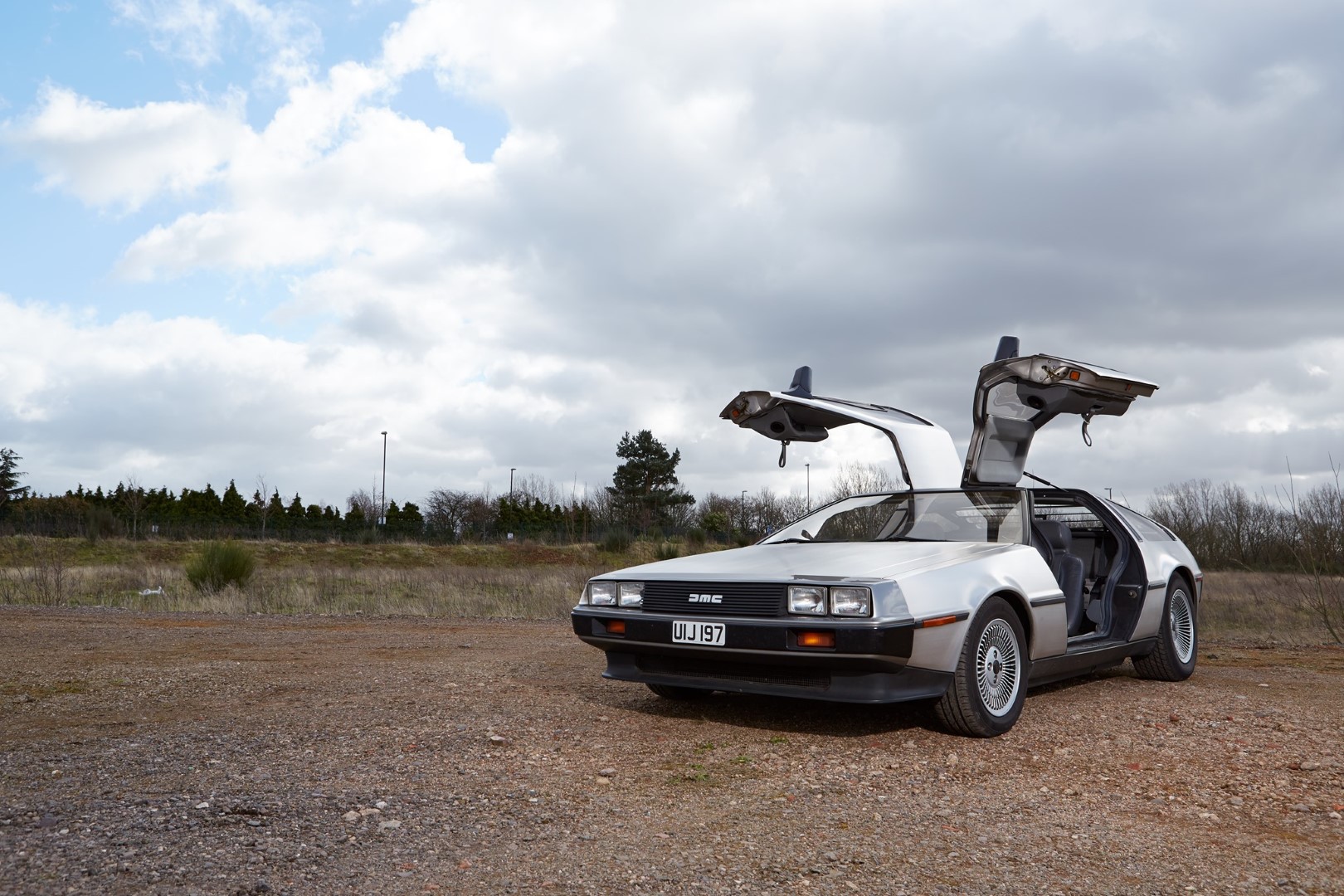 The photograph was taken in 2017 on what was left of the former-Jaguar site at Browns Lane, Allesley, Coventry, at which I commenced my apprenticeship in September 1959. 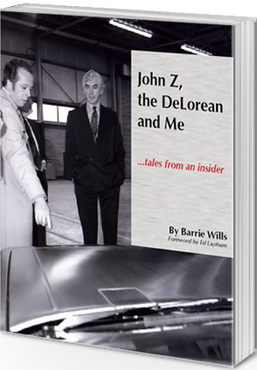 Barrie Wills is the author of John Z, the DeLorean and Me …tales from an insider

“There have been several books but this is the first real inside story. Barrie Wills has probably delivered the closest we will get to the definitive DeLorean book”
– Peter Dron, The London Sunday Times

“The DeLorean holds a special place in my heart and this book is a tremendous record of it”
– Robert Zemeckis, Writer/Director of Back to the Future 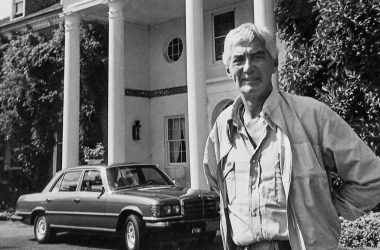 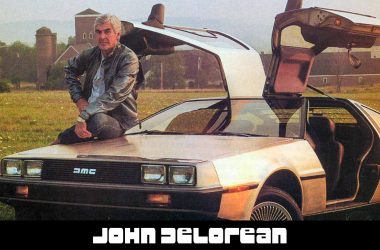 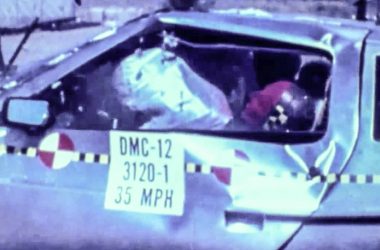 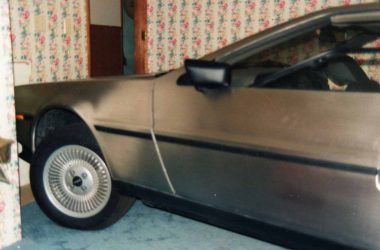 The DeLorean in the bedroom